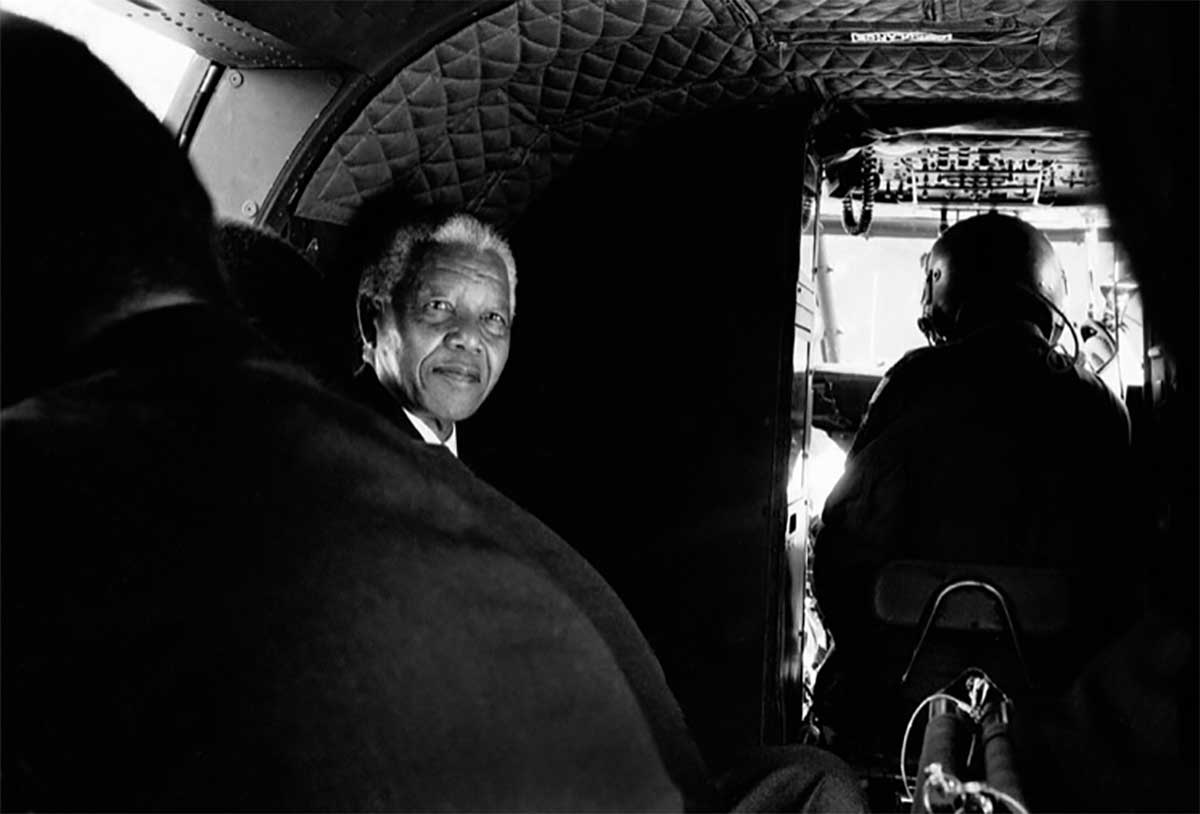 “I left South Africa aged 7; Mum & Dad had a few differences with the government. I have been a photographer since leaving school 5 days after my 18th birthday. My first paid job was photographing The Clash in 1977.

In ’94 I spent a month as Nelson Mandela’s photographer in the weeks leading up to his election as President. I photographed him again in 2005 and 2006. He told me the greatest moment of his life was meeting The Spice Girls.

I have been really fortunate. Anthony Minghella gave me the opportunity to shoot stills on the No.1 Ladies detective Agency. That led to meeting Clint Eastwood who hired me for Invictus with Morgan Freeman & Matt Damon. I have since worked on 7 Clint films including j. Edgar, Jersey Boys and American Sniper. I am currently shooting in the UK on The Nevers.

Between jobs I am attempting a brick-at-a-time restoration of a house in Italy. Now here’s the thing. As soon as I was old enough to know what a job was – around the age of 13 or 14 – I wanted to be a photographer. Nothing has changed in the 45 years since.”